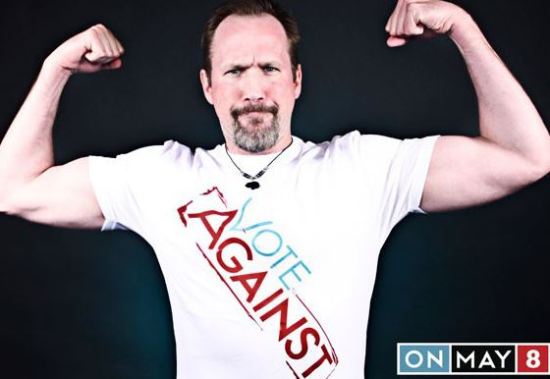 Yesterday, May 8, 2014, was the second anniversary of the passing of Amendment One to the North Carolina Constitution. The amendment is the state’s first, hence “amendment one”, and it defines marriage as being only between one man and one woman. The amendment says nothing about “as defined by the Christian faith and its bible”, and yet, this is implied by omission.

Yesterday, on Facebook, “Freedom to Marry in NC” posted a photo of a lesbian couple protesting this amendment by wearing “Vote Against” tee shirts, one was pregnant, and her partner knelt next to her belly in a pose of a loving, expectant family to be. It was poignant, and it captured the hopes of those who are most affected by this amendment–that they, too, may have a place at the table and be recognized by state law and federal law as a loving couple raising a family and seeking the same rights as all other families in our state. The outpouring of support was overwhelming–over 5,000 people “liked and shared” the photo, and 95% of the comments were supportive, cheering the couple on as they went to lobby and share their story with North Carolina lawmakers in an effort to repeal the amendment. I supported them as well, and felt a sense of connection as I read the supportive comments posted underneath their photo. 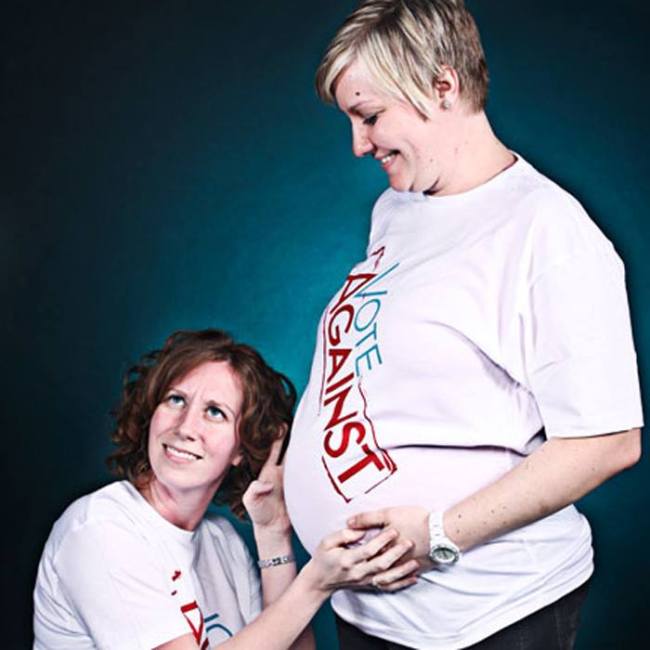 Except for one. Just one guy. His name is Dennis Roman. I don’t know Dennis Roman, and I doubt I will ever know him. But I do know some facts about Dennis, based on a visit to his Facebook profile. Dennis is a father and a grandfather. He is married. He is a Christian, and he is currently unemployed. No judgments here about Mr. Roman–just the few facts I can glean from his public Facebook profile. Mr. Roman has posted photos of him holding his newborn grandson, and he is beaming with pride. The comments beneath are positive and supportive. He posts photos of his wife and family, and he seems to have love and support in his life. Mr. Roman will never have to convince anyone of his right to marry, of his right to be a legally recognized, loving and supportive father; will never have to question his right to be a grandfather, his right to file jointly on his Florida state and federal income tax return, will never be denied the opportunity to make end-of-life decisions about his wife or his kids. Mr. Roman will never feel ostracized from his church, his community, his faith, or his God because of his “lifestyle”. Mr. Roman is currently unemployed, but he will never have to worry about on the job discrimination based on his sexuality when he seeks employment. He will never have to keep his wife a secret, or worry about the repercussions and stigma of being married to a woman. It is highly unlikely he will ever feel stigmatized or discriminated against. He’s a heterosexual, Christian, white married male.

I found myself looking at the photo of Mr. Roman cradling his grandson with such pride and admiration, and I alternately looked at the photo of the two women together, one with her face lovingly posed next to her adoring partner’s pregnant belly. It saddened me that I was able to have empathy and a smile for two photos representing the miracle of life and a loving family, and this man didn’t. His comments on Facebook focused on “The Bible says marriage between same-sex couples is wrong. This is not what Christians believe, and therefore it is wrong.” It saddened me that he just didn’t get it, and that he felt compelled to share his negative, judgmental views on the social networking site. It is this man’s right to disagree, but is his judgment kind, compassionate, and ultimately as Christian as his espoused beliefs?

I have to think not.

Angry at first, I wrote and posted this response beneath his comment:

Kevin Varner: You just said it. “In the Christian faith it’s wrong”. Fine. Christian faith doctrines are not the laws that govern the rights of those who live in our country. Just because your religion calls something “wrong” doesn’t dictate that you have the right to pass that sweeping, unilateral law against everyone seeking a legally recognized union. THAT, sir, is wrong in any religion.

I admit I felt my ego at work as I wrote the comment. I felt like I’d just “shut him up”. I was wrong. His negative replies to the positive, supportive comments of these women and their struggle to have their family legally recognized and protected continued through the comment thread.

And then I dug deeper and thought: What IS the best response to negativity? Must we always be compelled to speak truth to power, or is it just as powerful to ignore those shouts and vitriolic responses? Is it possible to shut someone up by shining light on the good and not shining it on the bad? It seems to me, especially in an open forum like Facebook, so many of us focus on the negative comments. We’re itching for a fight, especially when we feel we are right.

I looked back at the positive replies, and I looked at the over 5,000 “likes and shares” of the post against Amendment One in North Carolina. All this good, and one bad (albeit persistent) commentator. I posted this final reply to Mr. Roman:

It’s tempting to focus our energy on the negative comments of Dennis Roman. It’s easy to look at this gentleman’s comments as the “virus in a bag” that, when released, will contaminate all the healthy, compassionate, loving and accepting comments being shared here. *Sometimes it’s important to speak truth to power, yes. But there’s another strong response we can have instead to the “Dennis Romans” of our world: We can simply ignore those voices, those negative energies, and focus our attention on the good comments. If we shine light on the good and compassionate, perhaps the negative voices will slink back into the darkness from where they came and cease to poison our banquet. So–let’s just simply ignore Dennis Roman. Eventually, I bet he will go away.

I bet I’m right. Light, compassion and love outshine darkness, judgment and hate. Christianity is one of several religions that teach this. I will make a promise to Mr. Roman and do the Christian thing: I will never invalidate his marriage, his “lifestyle”, his rights, his difference and diversity, and his religion. He has just as much right to happiness, marriage, equal representation under the law, and the right to be proud of his children and grandchildren as the lesbian couple he believes should not have these rights. That’s what equality means–an equal shot at happiness for all families. It’s a right everyone deserves, and I bet there are more Bible verses that speak to these rights than there are about the perceived “sin” of “the homosexual lifestyle” and gay marriage.

**If you’re interested in reading more about the Freedom to Marry movement in North Carolina, below is a link to the website and blog: