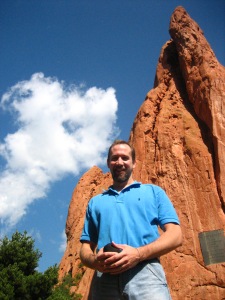 The difference between awareness and fixation is that fixation leads to regret, depression, anxiety, worry and dis-ease. Awareness leads to acceptance, planning, right action and compassion. Know when you’re aware of something, give it the amount of attention it requires and no more…anything more can and will often lead to fixation.

Simple when you think about it. Difficult in practice, right? Well, when was the last time you practiced something because it was easy in order to get better at it?

When we fixate, we tend to look for problems. We focus on what’s wrong and we dwell there. We pitch a tent, or in some cases, build a house and move in so we can fixate. Awareness is simply being aware. We don’t stay there. Instead, we shine a light, we examine, we look around. We don’t plant a flag and claim it as “ours”. It’s not ours if we’re just aware. Instead we gain facts without judging. We explore the terrain and use our awareness to discover and map it, perhaps to remember what we’ve seen, and to remember where we’ve been and find out where we’re going.

But we don’t live there.

Example: Something isn’t right. Something has happened to make us feel “a certain type of way”. Life isn’t going “as planned”. Bad news knocked on the doorstep, and we couldn’t take one more step. The moment we don’t take one more step, we have fixated. We’re fixed. We’ve planted roots and we’re settling down there for the long haul. Which is unfortunate, because we know we don’t want to live there in the first place. And yet, we feel compelled to stay.

Pretty soon, that bad news, that diagnosis, that toxic relationship, that job loss, whatever–goes from a feeling of sadness or shock to suffering and depression, or worry and anxiety. We become fixed. Then we focus on what’s wrong with blinders on, unable to see clearly what’s still working well around us. Our world view becomes smaller. We make our gratitude list smaller under the weight of what’s wrong.

And then we seek validation. “Please, tell me what’s wrong with me. This bad thing has happened. Don’t you agree it’s also bad? You seem like an expert, and I feel so worthless. Can you tell me what my problem is?”

The experts say, “Oh, yes. I see how you exactly feel. I think I know exactly what your problem is. You are depressed. You are an anxious person. You are sick. I think you may even be bipolar. You might have PTSD on top of it. I can’t imagine you’ll get any better, so you’ll just have to learn to live with this. Here–let me help you the best way I know how, because I know what it is to suffer, just as you are suffering. Here is a diagnosis for bipolar disorder, depression, anxiety, and PTSD. You can carry these with you into the world now as your companions. They will always be with you, they will never, ever leave you or let you down. You can count on them. In fact, you may use them when you make any other decisions you wish to make about your life. Or–you don’t have to make any decisions on your own ever again! Just allow these labels I’ve just given you to make decisions for you. And here is some medicine to make you feel better. You’ll always have that as well. In fact, you’ll take this medicine for the rest of your life so that you don’t have to worry anymore. Here is the answer to all your worries, right here in these labels and in this pill.”

And we are so relieved. If we have to live in this ugly place where we’ve fixated, then at least it won’t be so bad because we have labels now, and pills now that will keep us from having to be aware of how bad our lives have become. We are no longer aware. We’ve chosen instead to fixate. And so life goes on, if you can call it “life”. It’s a half-life, though. We are not living fully, because we are not living fully aware.

When I received my HIV diagnosis in 2007, I started to fixate. I thought I needed medicine in addition to my HIV medicine. I thought I needed a diagnosis beyond my HIV diagnosis. I needed relief from the pain and suffering. I didn’t want to accept that I was HIV positive. I didn’t want its constant reminder, and yet, I fixated on it. It was all I thought about for months on end. I awoke with it, had breakfast with it, took it to work with me, had sex with it, and laid down with it each night.

A dear friend suggested that perhaps I was grieving and I was sad, instead of depressed, anxious, bipolar and suffering from PTSD. She suggested I try meditation instead. She said, “Instead of living with HIV, what would happen if you tried to thrive IN SPITE OF HIV?”

That hit me in a positive place. I thought, if I am positive, what would happen if I started thinking positively, instead of negatively, about being HIV positive? Instead of building a house where HIV and I could live together in misery, what if I instead shined a torch into the darkness where HIV was hiding and flushed it out?

I became aware of the HIV in my body through meditation and mindfulness practice. I took my HIV medication and gradually weaned myself off the anxiety medications. I imagined that the HIV medicine was healing me from within each time I took it, and I never missed a dose. For my mental awareness, I sat down quietly, and with my thoughts, I had a conversation with the virus. I got to know it. I read everything I could about it, about HIV medications and their side effects. I imagined a conversation with HIV wherein I asked HIV what it wanted from me, and what it might have to teach me about myself, about compassion, and about healing myself from the inside out.

When I became aware of HIV rather than fixating on HIV, I became a hero instead of a victim. I found that there was more space for the things in my life–like writing, reading, spending time with friends–that I had neglected because of all the time I had spent focusing on HIV. I became aware of my body as a temple, and became an advocate for my healthcare.

I also became aware of “any experts” out there who were all too keen to tell me what I could expect to go wrong, what I should do, what I had to worry about. I became skeptical of negative voices because I was living more positively. I sought solutions instead of focusing on problems. And most importantly, I became aware of all the things that were “right” in my life.

I didn’t build a house. Instead, I took a journey, lit a torch, looked around, surveyed the territory, became curious instead of afraid, looked under rocks, looked in the mirror, and drew a map along the way so I could find my way through.